More / Book of the Month / March Pop Culture and the Bible, Bible Study: I Am Legend

March Pop Culture and the Bible, Bible Study: I Am Legend 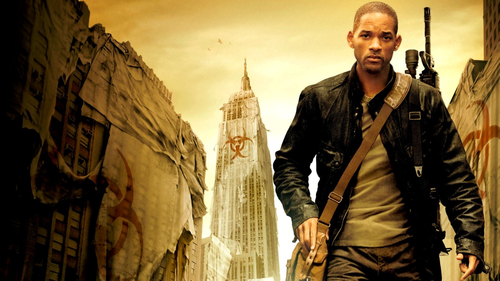 What Is: Pop Culture And The Bible, Bible Study?

It's an opportunity for Youth/Young Adults to practice putting their faith to work while looking at pop culture. We generally watch movies and then explore how Scripture intersects with what we've watched. This way of thinking about media can be applied to music, film, literature, television, art, and just about any other form of cultural production. We hope that the people coming to this would become wise consumers of media and be able to apply their Christian faith to whatever they are looking at.

Rune Time: 101 min Rated PG-13 for intense sequences of sci-fi action and violence (Follow link for the Content Advisory we will be talking about the content of the film afterward.)

Years after a plague kills most of humanity and transforms the rest into monsters, the sole survivor in New York City struggles valiantly to find a cure.

To get you started think about this passage:

"For while we were still weak, at the right time Christ died for the ungodly. For one will scarcely die for a righteous person—though perhaps for a good person one would dare even to die—but God shows His love for us in that while we were still sinners, Christ died for us. Since, therefore, we have now been justified by His blood, much more shall we be saved by Him from the wrath of God. For if while we were enemies we were reconciled to God by the death of his Son, much more, now that we are reconciled, shall we be saved by His life." (Romans 5:6-10 ESV)